You know what’s really fun? Guessing, am I right?

Remember that time you won the office pool based upon your guess of 327 pieces of candy in the jar? Or that time you shook the present sitting under the tree until it divulged its contents. Yeah… Neither do I.

If you were to ask most people, they’d probably tell you that guessing isn’t their forte. But when it comes to the real estate market? Oh man, our guessing abilities reach prodigious levels. Ask any novice real estate expert who Guesses without Reason using Incorrect, Non-evidence based Hypothesis (GRINCH) in Denver today and you’ll find plenty of ‘bubble’ speculation. Rates, home prices, the hippest up and coming neighborhood… All speculative novices who are buying into an overheated market.

As an any savvy GRINCH would know, these trends can’t, won’t, and most definitely shouldn’t continue. Not this time of year, not in this market, and certainly not in my back yard. But do you know what a GRINCH generally avoids? Data. 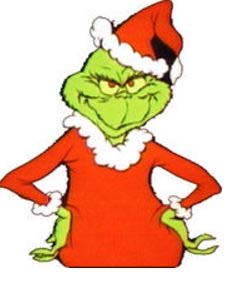 Here’s a few fun facts to quickly run past your favorite GRINCH next time the 2008 bubble comes up:

Those are just a few fun stats to highlight the marked departure in those famed ‘bubble years’ in contrast to what we’re seeing today. GRINCH away if you’d like, but a cave you own will always feel better this time of year when you own the respective mountain it sits on.